call 985-630-8674 or email isaacmccaslin@gmail.com for inquiries or for online purchases.

If Life Were a Painting

If life were a painting then each passing season would sprout cracks along the dried pigment.  If a painting were a person he would ignore these gray hairs which each season sprouts, but sooner than glass can shatter he has become the dirt, a raw pigment ready to give way to a masterpiece, ready to sprout new life. Change is Beautiful.

“Life is a series of natural and spontaneous changes.  Don’t resist them—that only creates sorrow.  Let reality be reality.  Let things flow naturally forward in whatever way they like.”

The Spirit, The Trickster, and the Reborn involved a creative process that was convulsive.  It began with a blast that was followed by a gag.  It was futile - my body gurgled with emotion that splattered the paper - uncontrollably.  Again and again like seizures until the creation of the self-portrait triptych.

the uncontrolled and spontaneous convulsions that integrated with a more docile technique is central to the work.  The method was something I learned by chance but rediscovered while studying the methods of Francis Bacon.  His reliance on accident in art lead me to embrace the unexpected rather than fight it and resulted in a style that was less representational and more explosive. 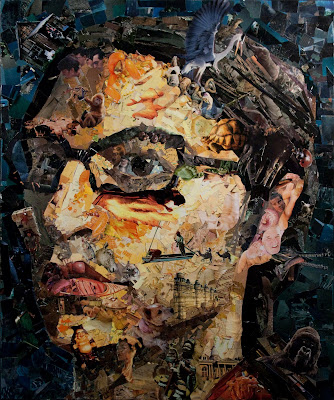 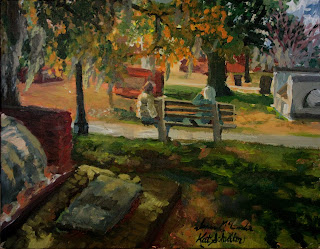 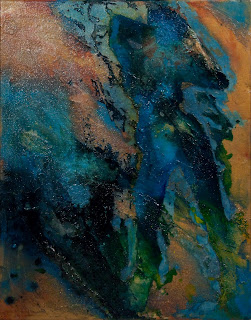 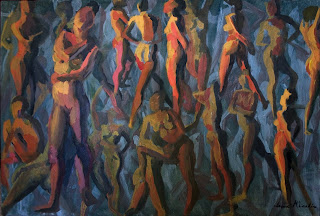 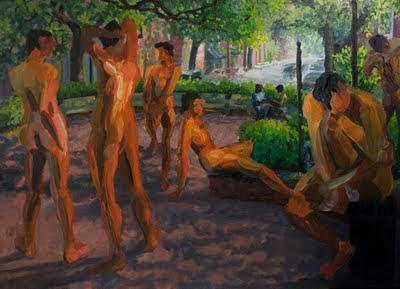 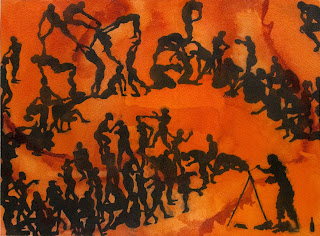 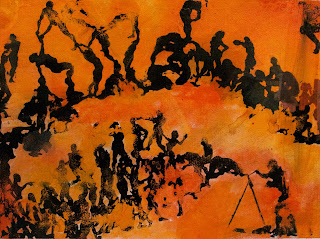 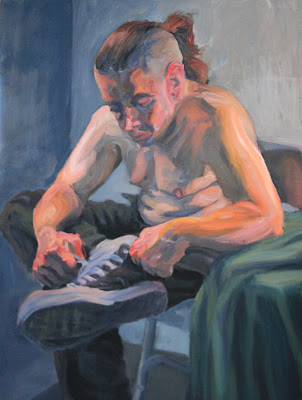 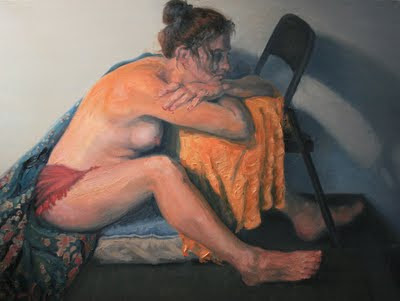 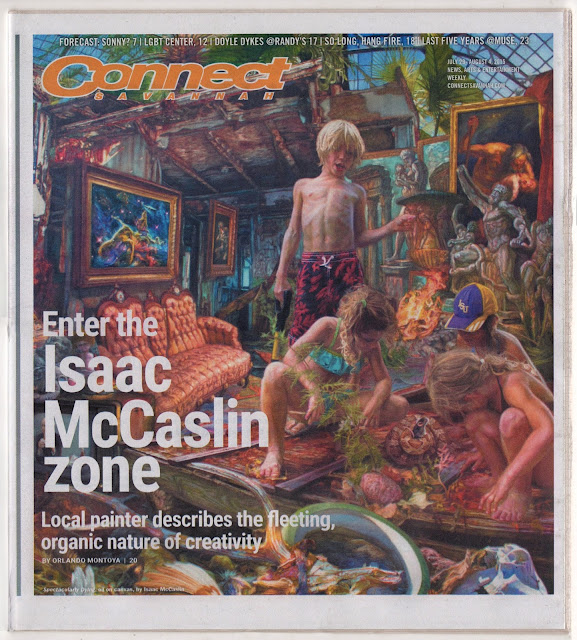